The Great Debate: The World Will Thrive Without Employees

We ran the second in a series of Zoom debates, arguing for, and against, a World Thriving without Employees. (i.e. all becoming self- employed).

Joined by an audience including Barbara Kolosinska of C&M Recruitment, Ben Ittensohn of Explore Travel and other attendees from India, Germany and private businesses, we made the case from both perspectives.

Jeremy argued against the motion – he said the World was nowhere near being ready for full self-employment and that it was a ‘Utopian’ view that it was possible. He also made the point that many people could not take the risk of self-employment and were happier being employed. He also made the case for company cultures and that many people were not natural entrepreneurs.

I took the opposite view, arguing for the motion, and explained how many people were seeing the lockdown as a way to change their lives, that working from home was even more productive, and that the virus would accelerate people working from home on a self-employed basis. I argued that contractors would perform better and be easier to fire, in cases of poor performance – and that self-employment could mean that through our lives we have many different jobs and that very little training would be required to help individuals become effective micro-businesses. I also thought that the cost of employing people made self-employment a more cost-effective option. To hear the arguments in more depth the debate can be requested as an audio file.

Most people sided with Jeremy – saying that employment was still favoured. Barbara thought many in the travel industry would see what’s happened recently as an opportunity to start their own businesses, but that most would prefer to be employed and be part of a company culture. Raj Verma of Breakfree Consulting in Mumbai, sided with me, pointing out that the ‘Gig’ economy was growing quickly with people perfectly happy to be self-employed – people could now not just work from home, they could actually work from anywhere. Jeremy had talked about people migrating to ‘mega-cities’ for work – whereas Raj supported the idea of Reverse Migration – moving back to regional lives and jobs.

Nigel Adams of Buckingham University said he didn’t mind if people were employed or contracted, as long as they were ‘intrapreneurs’ applying energy and enthusiasm to their businesses. Ben made the point that working from home doesn’t suit everyone and that some could be adversely affected, in terms of mental health.

The discussion sparked comments about the relative importance of company cultures – which will form the subject of a future debate. Jeremy Blake commented ‘The Debate format is perfect for Zoom. It challenges us to speak for or against the motion – and then get different perspectives.’ The debate is also reported on through the new Reality Podcast – Bob and Jeremy’s Conflab, available from Spotify and Apple. The next debate, Your Company Values – Total BS? Is next week. Details are in this newsletter. 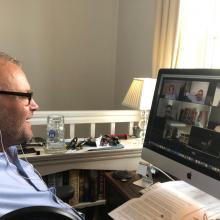 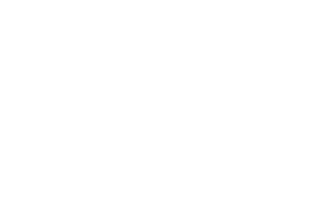